Want your plants to be healthier and more productive, without the need for extra fertilizers? It may seem too good to be true, but this is exactly why companion planting has been taking the organic gardening world by storm.

While it does require some extra garden planning, it won’t be long before you notice the improvements in your plants. Once you give companion planting a try, this is likely to be a technique that you will adopt for the rest of your gardening life!

What is Companion Planting?

Companion planting refers to planting at least two different crops together in order for each one to benefit the other in specific ways. So long as you do it correctly, it’s a practical way to ensure that you get the most out of each of your plants, while also cutting back on the amount of time that you spend weeding and eradicating pests.

People have been companion planting for centuries, with each generation passing on vital information about which plants grow best together. While many used to believe that this was just hearsay, science has now caught up, proving that companion planting really does have its place in both the home garden and larger farms.

Science has confirmed that companion planting brings about physical, chemical, and biological effects that help various plants to thrive.

Interplanting increases biodiversity in a garden, which not only promotes the health of each plant, but also minimizes pests.

Pest-control is enhanced even further if you follow a companion planting practice known as refugia. This basically means creating a habitat for beneficial predatory insects that will feed on nearby pests, while also increasing pollination.

However, it’s not as simple as it may initially sound…

The science also points to other factors that need to be taken into consideration when studying companion planting. Crop density, planting times, and crop ratios all come into play here, impacting how different plant combinations interact with each other.

Of course, certain pairings, such as tomatoes and basil, have been focused on more than others, simply because the research costs money. Companion planting is a concept that is most beneficial to organic gardeners, a small percentage of those in agriculture, meaning that extensive, in-depth studies are unlikely to be carried out in the near future either.

In the meantime, there is so much anecdotal evidence out there that accompanies the growing number of scientific studies. While you shouldn’t believe everything you hear, gardening offers up plenty of room for experimentation, making it worth conducting some of your own trials based on your favorite crops.

Potatoes and tomatoes can interfere with the growth of artichokes. However, nitrogen-fixing plants help to enrich the soil.

Tomatoes can significantly intensify the flavor of basil, while marigold and basil work together to keep pests at bay.

Marigolds effectively deter the pests that can decimate beans, but both fennel and onions can stunt their growth. Sweetcorn is great for helping pole beans grow straight and tall.

While bush beans add nitrogen to the soil, pole beans inhibit the growth of beets.

Calendula flowers have a sticky coating that attracts and traps brassica pests, while dill attracts wasps that feed on those pests.

Flowering herbs attract pollinators while deterring pests. Members of the nightshade family are heavy feeders that will deprive brassicas of nutrients, so should be avoided.

Carrots revel in the filtered shade provided by tomato plants, returning the favor by aerating the soil to improve air circulation and moisture absorption of tomato roots. The other plants listed are great for deterring carrot root fly with their strong scent.

Certain flowers are great for deterring common celery pests, and taller plants can help protect young and tender celery shoots. Keep your celery away from plants that have similar nutrient requirements – you don’t want them to have to compete.

Cucumber growth and flavor can be inhibited by certain aromatic herbs, while potatoes prevent cucumber plants from absorbing enough water. However, marigolds and nasturtiums can deter pests, such as the cucumber beetle, and sweetcorn provides a great climbing frame for vines.

Basil and tarragon help to boost flavor and productivity, beans improve soil condition, and marigolds deter pests. However, fennel can inhibit the growth of eggplant.

Garlic works well with most plants, although the ones on the “avoid” list are known to stunt the growth of garlic bulbs.

The scent of onions and lavender confuses pests away from leeks.

Mint works well with just about any plant. The only issue is how invasive it can be if allowed to run rampant among food crops, so keep it in a pot.

Chervil improves the flavor of radishes while cucumbers are said to increase productivity.

Unlike most other herbs, rosemary is quite picky. Broccoli is its best companion, enriching the soil to allow rosemary to thrive.

Onions repel aphids and the carrot root fly, making them a great companion plant for many vegetables.

Peas work well with most plants, apart from onions, which can inhibit their growth and reduce yield.

Basil is believed to intensify the flavor of pepper while deterring common pests. Keep beans away, since vines can easily damage young fruit.

Radishes are quick to mature and nicely break up the soil for their companions to enjoy. They also attract cucumber beetles, making them a good sacrificial plant to protect cucumbers.

Spinach can be planted with most other vegetables apart from potatoes, which can negatively affect their growth.

Aromatic herbs can help to prevent the sweet potato weevil from damaging crops, while beans can be trained to grow in between sweet potato vines. Stay away from squash – both need a lot of space and will end up having to compete with each other for water, nutrients, and light.

Not only do beans add nitrogen into the soil for sweetcorn, but corn stalks provide a great trellis for beans and other climbers to scramble over. However, keep tomatoes away, since the two growing together can attract the corn earworm.

Basil and marigold repel pests and encourage a greater yield, while brassicas can stunt the growth of tomatoes.

Comfrey fixes nitrogen into the soil, allowing apricot trees to flourish. Keep nightshade plants away – they are prone to a fungus that could destroy your apricot trees.

Pine and oak increase acidity in the soil, which blueberries need, while the lower-growing plants provide a good ground cover.

Cherry trees have very shallow roots compared to other fruit trees, so avoid planting anything around the tree’s drip line that may cause a disturbance to these. Coneflowers and sorrel are great choices for potassium accumulation, while violets provide phosphorus.

The best citrus companions deter pests while attracting beneficial predatory insects. Since you never want to disturb the shallow roots of a citrus tree, keep root crops away.

Strawberries, especially alpine varieties, provide a great living mulch, while marigolds keep nematodes away. Keep figs away from rhododendrons – these produce a chemical that will stunt the growth of your fig trees.

Cabbage, garlic, and lettuce release compounds that can be harmful to grapes, stunting their growth.

Choosing bee-friendly plants to grow around passionfruit vines will increase pollination of fruit.

Flowering herbs attract pollinators and deter pests, while chamomile and comfrey enrich the soil. Avoid potatoes and tomatoes to prevent blight from spreading.

Aromatic herbs repel many of the pests that commonly infest pear trees, while nitrogen-fixing plants strengthen the tree to help it better defend itself. Allow some parsnips underneath to flower – this attracts predatory insects.

Flowering herbs attract pollinators while members of the onion family keep pests away. Keep raspberries away from other fruit bushes to prevent soil-borne diseases from spreading.

It’s believed that strawberries taste better when grown next to borage, while onions and garlic keep common pests away.

Avoid planting black eyed Susan with plants that are significantly larger, as this will prevent the flowers from receiving enough light.

Daylilies have an extensive root system that trees can interfere with, so keep the two apart.

Aromatic herbs protect lavender plants from aphids and certain flies, allowing plants to grow larger. Avoid planting drought-tolerant lavender near anything that needs lots of moisture, such as vegetables, as one of the two will end up suffering.

Lupins can sometimes be bothered by aphids, which aromatic herbs help to repel. Avoid planting lupins near trees, as this will block much-needed light.

Although marigolds help to repel cabbage moths and butterflies, they inhibit growth if planted around the root zone of cabbage plants.

Nasturtiums are one of the rare plants that work well with just about everything. They’re commonly used as a trap crop for vegetables – pests swarm to the foliage, ignoring the more valuable food crops nearby.

Aromatic herbs can deter pests from roses, and their summertime flowers, intermingled with roses, present a gorgeous display. Avoid azaleas, which require opposite growing conditions, and hibiscus, which can overcrowd rose plants.

Daylilies, hellebores, tickseed and other late-spring bloomers are perfect for taking over once tulips start to die off. This ensures that you’re not left with empty spaces in your garden, preventing weeds from emerging.

Common Pairs of Plants to Grow Together

There are countless possible plant combinations out there, but radishes and carrots are one of the most common. Radishes loosen the soil as they grow and are harvested quite quickly, giving the emerging carrots enough room to expand.

The Three Sisters is another common grouping that’s been utilized since Native American times. This consists of climbing beans that scramble up sweetcorn stalks, with squash plants below helping to maintain soil moisture and temperature.

Following companion planting guides is a great way to get started when first implementing this concept in your garden. However, the rest of your knowledge will need to come from trial and error.

Everything from the weather to the timing of your plantings to soil health will impact how your plants grow, meaning that companion pairings that work well in one garden may not have the same effect in another.

Experimenting with different combinations and constantly observing your plants is the way to go if you truly want to master the art and science of companion planting. 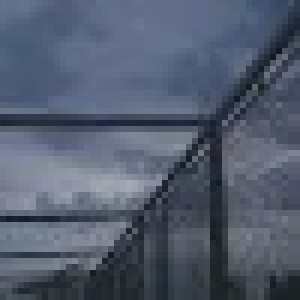 Jill is a sustainable focus gardener. She loves decorating her home backyard with beautiful landscape design and creative garden care techniques she develops herself. You can reach her at jill@constantdelights.org

No spam, notifications only about new products, updates.
PrevPrevious43 Cheap Garden Path & Stone Walkway Ideas
NextHow to Get Rid of Pampas Grass in the BackyardNext

How to Grow Pampas Grass from Seed

How to Use Grow Bags: Alternative Plant Containers