How to Get Rid of Cabbage Worm – Identification and Control

You’ve kept an eye on your brassica plants and found holes in the leaves of your cabbages, Brussel sprouts, or kale. Upon closer examination, you find yellowish eggs and maybe even a green caterpillar.

While there are a few other pests that target the same plants, likely chances are (especially if you spot a caterpillar), you have cabbage worms.

What are cabbage worms, and how can you identify them?

During the larvae stage, cabbage worms are velvety green worms with faint yellow stripes or dashes.

They’re easily confused with cabbage looper larvae, as they are similar green and attack crucifers, but cabbage loopers have a white stripe on the side and no hair.

Cabbage loopers also feed on over 160 host plants, including tomatoes. They raise and lower their bodies when they move, as they have no middle legs, which makes them stand out from cabbage worms.

If you’ve ever seen white moths flickering around your vegetable garden, then you’ve seen the adult version of cabbage worms.

Their eggs are yellowish-orange and shaped like a sunflower seed with ridges. Cabbage butterflies lay a single egg in a place, unlike other pests, which will lay a group of eggs.

What damage do cabbage worms cause?

Cabbage worms feast on crucifer crops like cabbage, kale, bok choy, and broccoli. They leave holes in the leaves of adult plants.

When their population booms, then they will strip adult leaves down to the vein. Adult cabbage moths feed on nectar (preferring purple, blue, and yellow colors).

But if they’re flying around your non-flowering Cruciferae plants, then they’re probably laying eggs underneath the leaves. If possible, check underneath your plants and remove the eggs.

How to control cabbage worms organically

A few cabbage worms are nothing to panic over. You can still eat the leaves with a few holes. But once their population grows, they can mean big trouble.

Start with the prevention, as keeping pests away is always more effective than trying to get rid of them after they’re established. Once cabbage worms take over, move on manually removing them.

The last few suggestions are organic chemicals that kill caterpillars. But like using pesticides in general, use them sparingly. Even organic solutions can have unfortunate side effects.

Cover your Brassicaceae with insect netting or row cover.

Cabbage butterflies can’t lay eggs on your plants if they can’t land on them, so row cover is your number 1 defense, especially if you’re trying to protect seedlings.

Use hoops to hold the insect netting or row cover above the plant, as insects can lay eggs on leaves even through the thick weave of insect netting.

While row cover won’t protect your plants from tiny insects like flea beetles that also attack Cruciferae, it’s tight enough to protect your crops from the much bigger cabbage butterflies.

You could even go with tulle, which is halfway between row cover and insect netting in tightness of the weave, and you can pick it up from any fabric shop relatively inexpensively.

In this video, they can help you to eliminate these hungry little worms from your garden, and help you figure out ways to prevent them from coming back:

Spray leaves with garlic or citrus spray to repel butterflies.

If row cover is not an option, spray your plants with a garlic spray or citrus repellent. You can either buy them or make your own.

Herbs and flowers like thyme, dill, oregano, lavender, and marigolds are said to repel cabbage moths. Interplanting with 1 or more of these plants can lower the number of cabbage worms you have to deal with.

Handpick eggs and worms off leaves if possible.

So you’ve already spotted cabbage butterflies fluttering around your Brassica crops. Before you reach for a chemical pesticide, check the leaves’ undersides and pick off any eggs before they hatch.

Crush the eggs or dispose of them in soapy water. Wear gloves. And if you see cabbage worms, pick them off too!

Trichogramma wasps parasitize the eggs of cabbage worms. These wasps are very tiny (you may not even see them at all) and do not sting humans.

You can buy wasp eggs online or through mail-order, although you need to plan as they need to be released during a specific time window.

Whoever you order the eggs from should have a guide for you. If you’re trying to make a butterfly habitat in your backyard, then give this option a pass.

Cabbage worms are still attracted to red or purple types of Cruciferae. But planting these varieties will make it much easier to handpick cabbage worms as these green caterpillars can’t camouflage as effectively against red or purple as green.

Red and purple leaves contain anthocyanins, which studies have shown will slow the caterpillar’s growth rate. The leaf color won’t repel cabbage worms entirely, but they may choose to lay their eggs somewhere else.

If the cabbage worms population has gotten out of control or you can’t handpick them because of a physical limitation, then it’s time to pull out the bigger guns.

Bacillus thuringiensis is a bacteria that won’t harm your plant, but when caterpillars and worms eat it, the bacteria generate poison. The caterpillar stops eating and dies of starvation.

This stuff will kill any caterpillars, not just the ones eating your cabbage. This isn’t a preventative solution, so wait until you find cabbage worm damage, as you will also kill off all the beneficial butterflies in their caterpillar stage.

Thoroughly wash off produce before eating.

Another worst-case solution is applying food-grade diatomaceous earth. Diatomaceous earth is made from the fossilized remains of water plants, and its dust has microscopic sharp edges.

When caterpillars crawl over diatomaceous earth, the sharp edges cut through their protective covering. They dry out and die.

But diatomaceous earth comes with a few warnings:

Cabbage worms are pretty common, and while they’re not a big deal when there’s only 1 or 2, they can kill seedlings or, if they are multiple, strip whole leaves. But you don’t need to reach for the pesticide just yet.

Preventative methods like row cover will keep them at bay, and if you do have an infestation, you can handpick them off or use BT or diatomaceous earth. 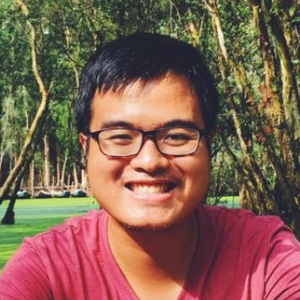 Jill is a sustainable focus gardener. She loves decorating her home backyard with beautiful landscape design and creative garden care techniques she develops herself. You can reach her at jill.sandy@constantdelights.com

What is a construction-free way of improving independence in a home?

11 Best Choices for Climbing Plants with Help from Garden Experts

26 Plants that Attract Butterflies for Your Garden (Expert Recommendations)

How to Get Rid of Aphids

PrevPrevious7 Best Mosquito Spray for Yards: How to Choose the Best One?
Next11 Health Benefits of GardeningNext

What is a construction-free way of improving independence in a home?

11 Best Choices for Climbing Plants with Help from Garden Experts

26 Plants that Attract Butterflies for Your Garden (Expert Recommendations)

How to Get Rid of Aphids

How to Get Rid of Ticks In Your Yard

Everything to Know About Storing and Preserving Fruits & Vegetables